Now how do I explain to the US Coast Guard the scene before me; a woman splayed out across my settee (boat couch) howling like a wild cornered banshee, like she was about to die.

There’s really no gentle way, so here goes: Though not intentionally, I tested the full effects of running on just one vs two of our Ford Lehman diesel engines on the Western Flyer, a 41 Defever trawler; on the way back from Catalina Island.

For those not familiar with boating or Irish folklore terms, a banshee is a “fairy woman” who wails when someone is about to die!  And if she could now get a hold of me, that could very well be me.

Our uneventful trip from the beautiful island of Catalina started out before noon. It was supposed to be a three hour cruise……..a three hour cruise; though it took us four on account of the minor accident that resulted. The seas were calm, the sky was blue and the boat was on autopilot.

The first mate usually travels as “baggage ” meaning I get to do everything required to properly point and propel this 40 ton behemoth.

My woman child spouse continues to move about freely, first to the forward deck then back to the inside cabin settee; several times back and forth; before I finally see her settling down, like a pup into a final fetal and curled up horizontal position. She claims seasickness but, I don’t think so.

About six miles out from the Los Angeles lighthouse, affectionately known as Angels Gate (breakwater entrance) my starboard engine coughs a little, and dies. I was hoping for a little more prior warning because while in Portland, Oregon, my mechanic Adam, installed two rather expensive cabin mounted vacuum gauges, whose soul purpose in life are to alert and signal to the Captain, a restriction in the fuel flow before something like this happened.

As the boat enters the Los Angeles breakwater, our daily infamous hurricane gulch winds effect quickly shoots up to about 30 knots of wind. This is a daily event for our area, so is nothing new to me. 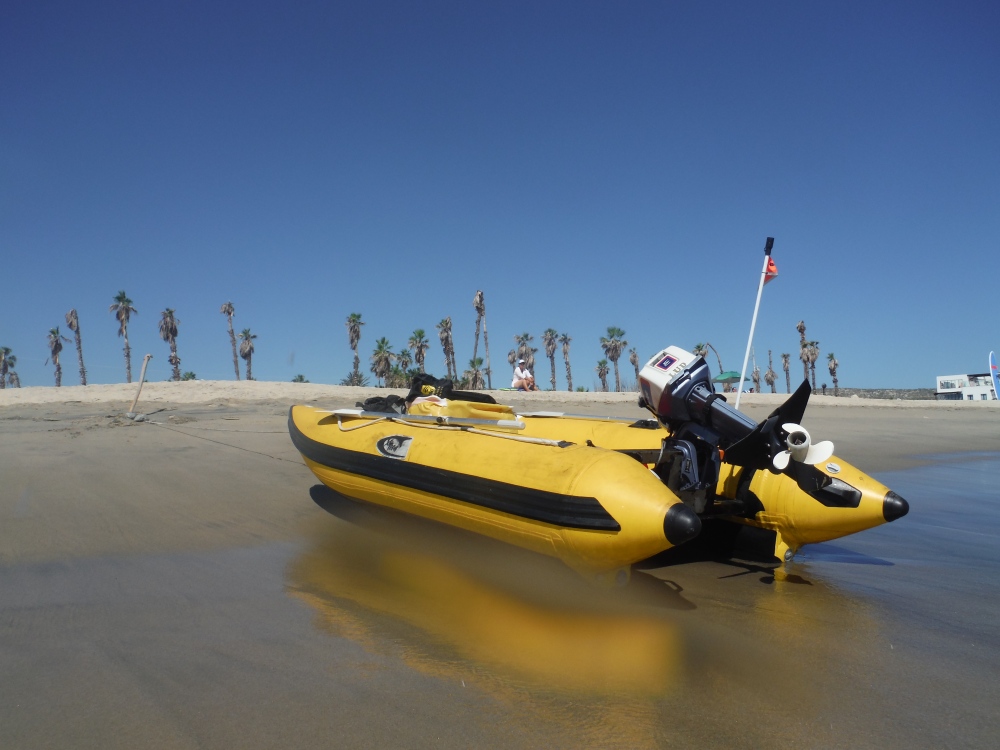 My initial planned course of action was to motor to the fuel dock on one engine, tie up and figure out why my starboard engine quit running. While I was tied up at the fuel dock I also decide to take on additional fuel.

One hundred and fifty gallons of diesel later we are again topped off. This perfect window of opportunity to drop down into the engine room opens up. For those not familiar with changing filters on a diesel engine it’s usually quite simple.  The usual takes place, remove a section of the floor, that lifts off, like a man-hole cover.

Crawl into the engine room, inspect the racor fuel filter, determine the need to catch the residual flow of diesel fuel, climb back out, search for diesel from the now closing fuel dock, gather a spare racor fuel filter, the appropriate SAE wrenches, several rags, my reading glasses, paper towels, a flashlight. Now climb back up and turn on the engine room lights before paying for the 150 gallons of diesel fuel just purchased;

Oh, and did I now forget to tell you that my banshee, my free spirit of a woman who always thinks and acts in her own uninhibited way, is nowhere to be seen or heard.

Our sole purpose for pulling into the fuel dock was to open up our engine hatch compartment to go down and bleed the offending engine. To a non free spirit person they would get this.

I also recall it being rather comfortable in the our clean and well organized engine room. Things now begun to move at an even slower pace.

On my last trip out of our engine room, my left foot, miraculously makes full on contact with some spilled diesel fuel and leaves a slight footprint mark on our teak and holly floor, before stepping down to the fuel dock.

The banshee, magically appears, and in her haste to begin wiping up my foot prints, she slips and slides while barefoot; now landing about three-quarters of her body across an open engine room. The part of her body that remained out, was wailing like a stuck banshee.

Did I think I was going to die?  Not yet, I thought someone else was. And Thank goodness she has a healthy dose of buoyancy compensator on her backsides, resulting in only a six-inch long purple bruise, and possibly a broken or bruised rib or two.

And as you already know I am only a story teller. There’s always two sides to every story, so at least mine and the US Coast Guards are still in print.