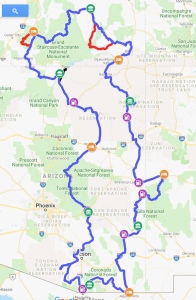 Sometime ago, my friend Joey sent out an invite to friends for a week long ride. Nearly twenty riders showed. Here we are now on Day 1 at the historic Gadsden Hotel in Douglas, Arizona. Last night the owner gave us a personal tour of the basement. This is such a historic hotel that it witnessed many Americana events including prohibition. After the speak easy tour we visited the madams chambers. Another area for those with the right connections. 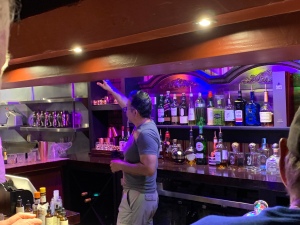 We have quite a mix of riders, from the youngest in the mid fifties to the oldest at age 74.

Everyone survived day one however, one of the three Alaskan Harley rider is feeling a little sore today on account of encountering a bad stretch of road repair. The motorcycle slid resulting in a fall that chafed through his street pants.

At the other extreme is a gentleman traveling on a Goldwing motorcycle pulling a home built wooden trailer for his two labs Zoey and Roxy. The two are freeways rescue dogs with a life now like nothing anyone ever imagined. They have cruised this way for just shy of 50,000 miles over their adult lifetime.

Your Hero: Two days to Tucson before the start of the ride. I visited California’s first mission in San Diego and then I ate and reviewed a local taco eatery for a future 52 Taco Challenge Rides blog/book. 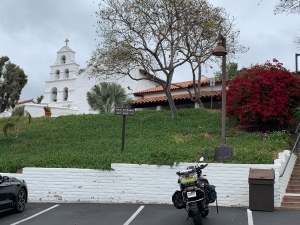 The Hero. As the ride develops that hero is likely to be Joey; the guy that put all the effort in not only planning the ride but, in sending out a “free” invite to us participants.

An organized ride of this caliber normally costs upwards of $5,000. The only thing Joey has so far asked of us is that we make our own hotel reservations. So far he has treated us to dinner on two separate nights.

From San Diego I next rode to Yuma, Arizona with the intention of visiting a historic prison. That all changed when I saw this amazing tourist attraction called The Center of the World. A $5 entry fee and an excellent tour by a docent named Albertina. Well worth a visit!

On Saturday the protagonist’s journey went from the familiar to the unfamiliar in a short amount of time. This is truly some spacious and harsh country. Most of the bridges we crossed at one time contained a happy river that is now long ago dried up. Fertilizer can be smelled in the air at times. Places like Bisbee and Douglas are here to remind us of the grandeur of a bygone era.

The ride leaves Tucson and heads south to kit peak then onto the Gadsden Hotel. This is an amazing place with lots of history.

We leave the Gadsden Hotel and head to the Coronado Trail. This is one of, if not the best roads as it twists and turns all the way north to our next hotel in New Mexico.

We will leave New Mexico and head to monument canyon and valley then onto Mexican Hat.

Leave Mexican Hat and then either take the red option (just a detour that sees different stuff) and take the ferry then back to the main route or stay on the blue to the Spider Rock,  Bryce Canyon and we stay in Bryceway.

Leaves Bryceway and heads south through Kanab and then onto Page through Jacobs lake, then to Winslow for the night. Be sure ti get a pic at the “standing at the corner in Winslow Arizona”.

From Winslow it’s south again past Theodore Roosevelt lake then through mine country where you can stop and enjoy the sites of a working mine. Finally back to Tucson where it all began or off to where you come from.

While in Tucson if you get a chance visit the mission San Xavier del Bac.

In the Spring of 1687, a Jesuit missionary named Father Eusebio Francisco Kino lived and worked with the native Americans in the area called the Pimería Alta, or “Upper Pima Country,” which presently is located in the areas between the Mexican state of Sonora and the state of Arizona in the United States.

During Father Eusebio Kino’s stay in the Pimería Alta, he founded over twenty missions in eight mission districts. In Arizona, unlike Mexico, missionization proceeded slowly.

Native settlements around the mission consisted of large villages of mud and brush houses and numerous smaller scattered villages and extended family habitations. Wheat was the primary agricultural crop, followed by corn.

The O’Odham adopted winter wheat from the Spanish. It became important to their diet and could be harvested in what previously had been a lean time of the year. Archeologists have found large numbers of bowls for soups and stews and flat ceramic comales used to make tortillas. 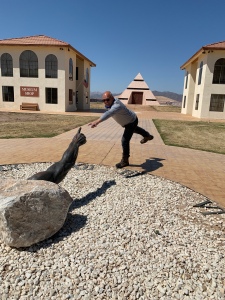 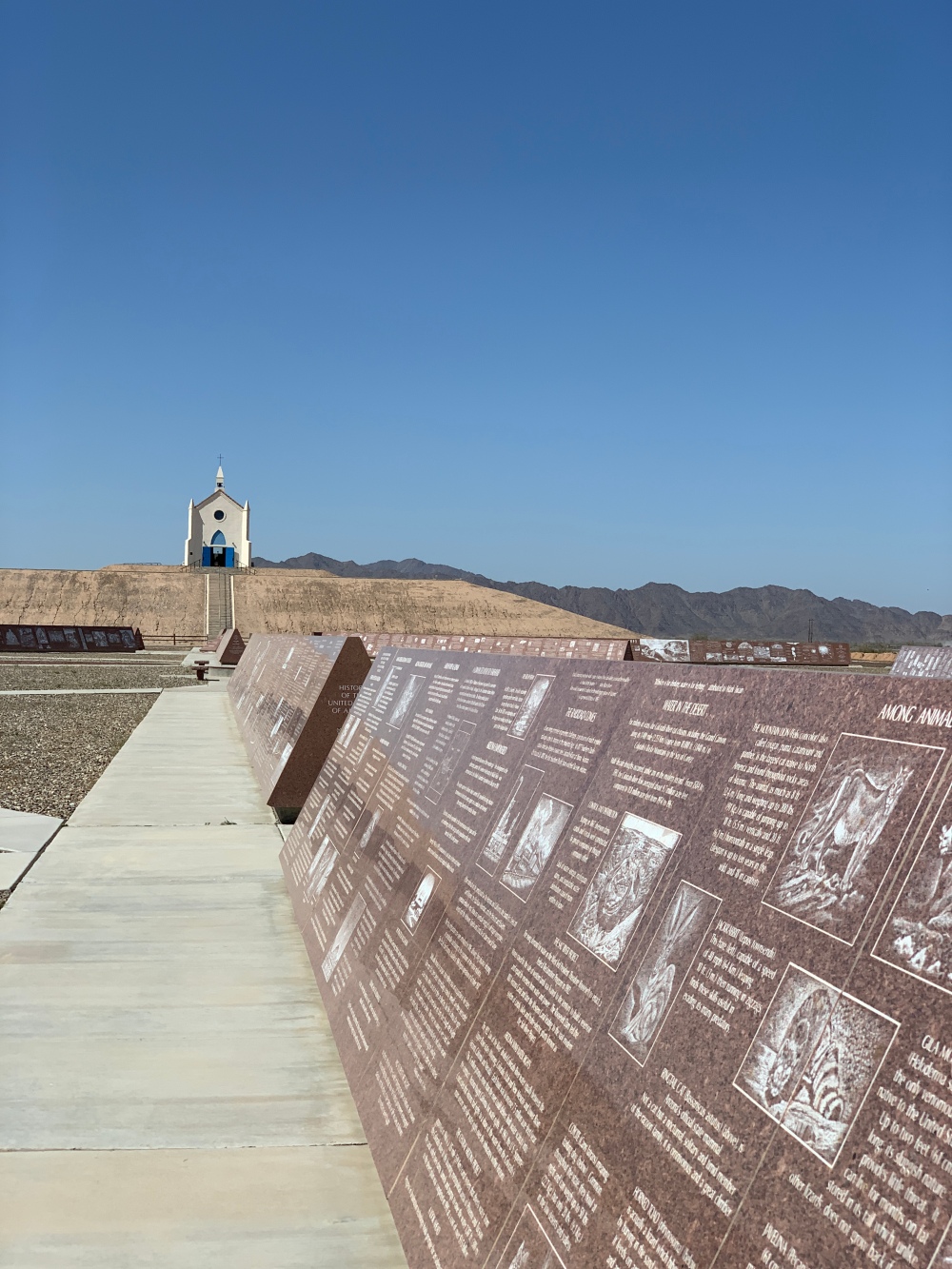 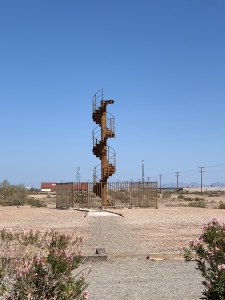 When traveling America you just don’t know what you will find like this original staircase from the Eifel Tower in France above or a group of riders parked in front of a historic hotel where the likes of Pancho Villa visited and even rode his horse up the marble staircase, chipping a piece on the way up. 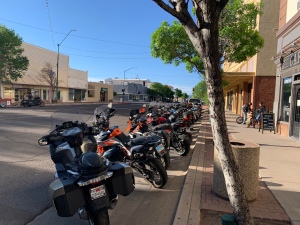