In July 1912, bridge construction began over the little known Arroyo Seco River in Pasadena, California. In 1992, a coworker, Jeff Thysell and I started a running regimen over that bridge, three times a week, with Friday being our longest run.

We rewarded ourselves with a chili cheese omelette with onions at nearby Amy’s Diner, for completing our longest run of the week 10 miles. At 0530 we’d start at the Pasadena post office, run down and around the Rose Bowl, and back up towards Colorado Blvd before returning to our Pasadena division headquarters locker room.

Sometimes we’d run over the bridge in one direction, returning in another. We routinely trained year round for 5 or 10k races with the Baker to Vegas 150 miles relay being the final race goal. Once we also trained and ran the LA marathon. Our work allowed three physical fitness hours to count towards our work schedule.

One weekend Jeff and I go on a hike of the Arroyo river below and upstream from the infamous Colorado bridge. I recall it being a beautiful hike and a great spot for wildlife.

Early on in my relationship with Patti we lived near this area. On a cold Sunday morning I told her I was going on a long run. Patti decides she wants to join me – even though she was not yet a runner.

Oh great I say, sarcastically, there goes my run. She insisted on riding this heavy old mountain bike – and trailing right behind me. I think I told her about all the trails horseshit, on account of all the nearby stables but, today I’ll blame it on old age memory loss.

She says fine, you just don’t want me to go with you. I say ok, ok, you can come if you want to but, just try to keep up. Wrong answer. Don’t give this little girl a challenge, she always surprises you.

My run started just a few miles downstream from the Colorado Bridge. At first Patti did a great job of keeping up but, as I warmed up and started running faster I started losing her. Once, it looked like she had fallen. But, soon she was up again. She couldn’t possibly get lost, so I think I finally ran off and left her.

By the time my run was over she soon caught up. And as soon as she got closer I saw that she was covered from head to toe. Splattered in horse shit from her trail tires kicking up the loose and wet horse shit. Our apartment was just a short distance way from our finish. When you enter the gate to our apartment building a pool and spa are one of the first things you see. It being a cold Sunday morning, the other residents were still in bed. I thought about throwing her into the pool but, thought that it would be cruel, the unheated pool and all.

So, lovingly I picked Patti up holding her tight into my arms, she smiled the warmest of smiles, making my heart go pitter-patter, we hugged and then I lovingly kissed her; and then I tossed her into the heated spa.

I laughed so hard. Once she caught her breath and wiped the debris from her face I believe she laughed too. I believe it was at all the floating horse debris (shit) coming off her hair, clothes and body. 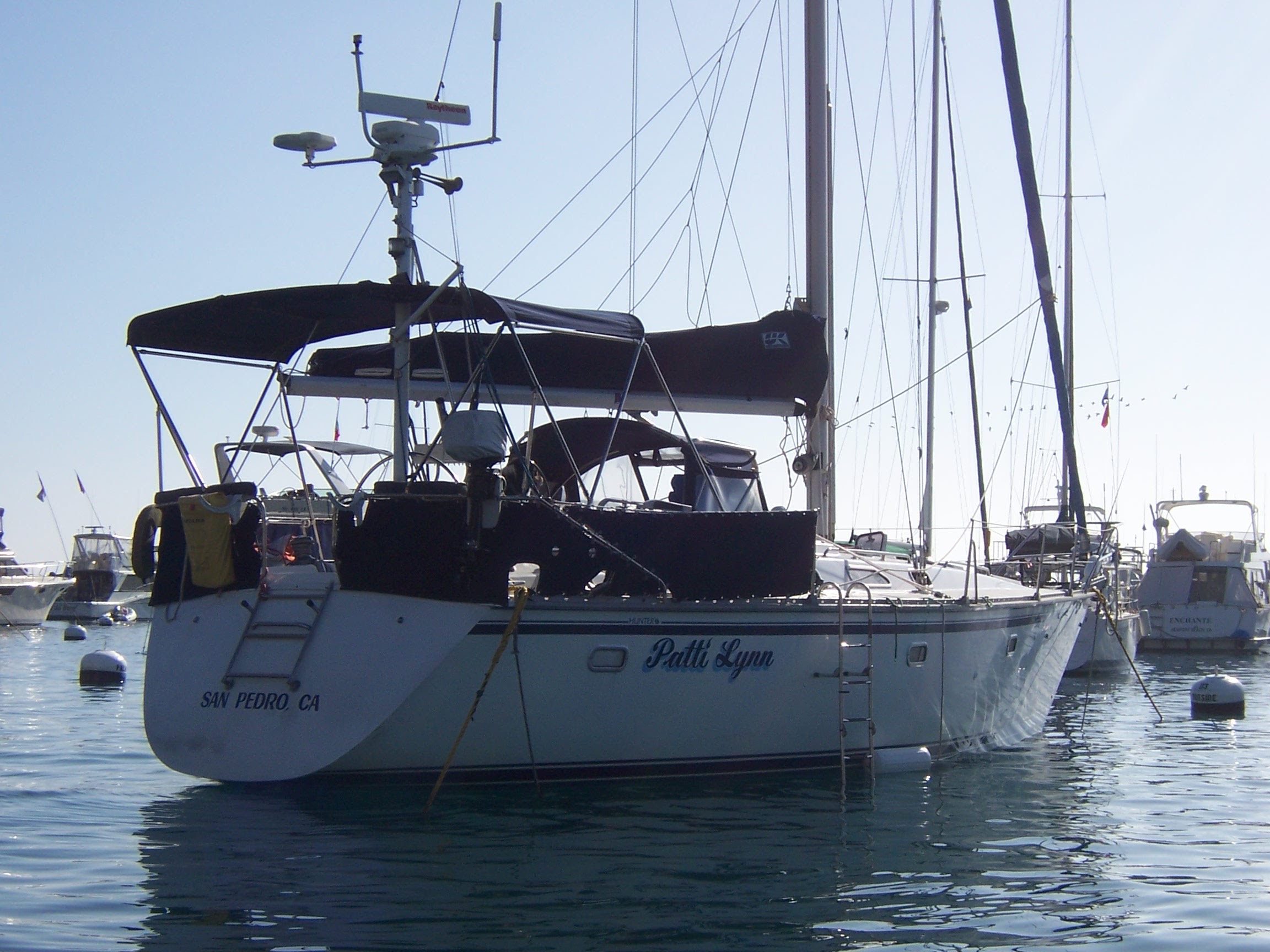 Look at the sailboats name! Our home sweet home. A month after we bought it, I get deployed to Bosnia for a year.

That Colorado bridge was always an inspiration to me. I loved running on the built in sidewalk. It reminds me to always keep moving- no matter the situation. Today however, while researching my memory banks I find that, that lovely bridge had a past history of suicides. November 1919, someone became the first to leap without a parachute or bungee cord – 150 feet down.

By 1932 the beautiful curbed bridge, the only one of its kind in the world. A good spot for those from the Great Depression wanting to end it all. 28 more jumps occurred. By 1932, it was well-known as The Suicide Bridge. 28 of those 50 deaths occurred more recently from 2006-2016. It’s now the site of 150 deaths.

My future Army Reserve Unit was built below it. In 1994, as an Infantry Captain in the US Army Reserves I attended a course there, one weekend each month for about six months. The course was called CA3 (pronounced Cas cubed) an Army officers course for Combined Arms Services and Staff school. This was a course intended for officers not part of a combined arms team to learn about each other’s functions.

By 1993 we couldn’t run on it for a while as the city started renovations on the bridge and installing suicide barriers. They also made it a single one way lane.

And today, roughly 21 years later you could say that we’ve enjoyed more than a few good adventures together. I could easily go on and on but, those first hard earned miles, you could say, are still priceless in my heart.