And on my second visit to Cuba I land in the province of Holguin.  It is said that Christopher Columbus landed in an area now known as Gibara, on October 27th, 1492 and said it was the most beautiful country that man has ever seen.  Fast forward a few hundred years and I doubt that he would come up with the same assessment.  Gibara is a town in the municipality of the province of Holguin.  The map below should orient you as to the location on the island.

Almost every place you visit is a photo opportunity.  Anyone with a camera and an eye for framing a picture that tells a story can easily be a great photographer in Cuba.  This morning a visit to the Loma De La Cruz (Hill of the Cross) before our flight home. 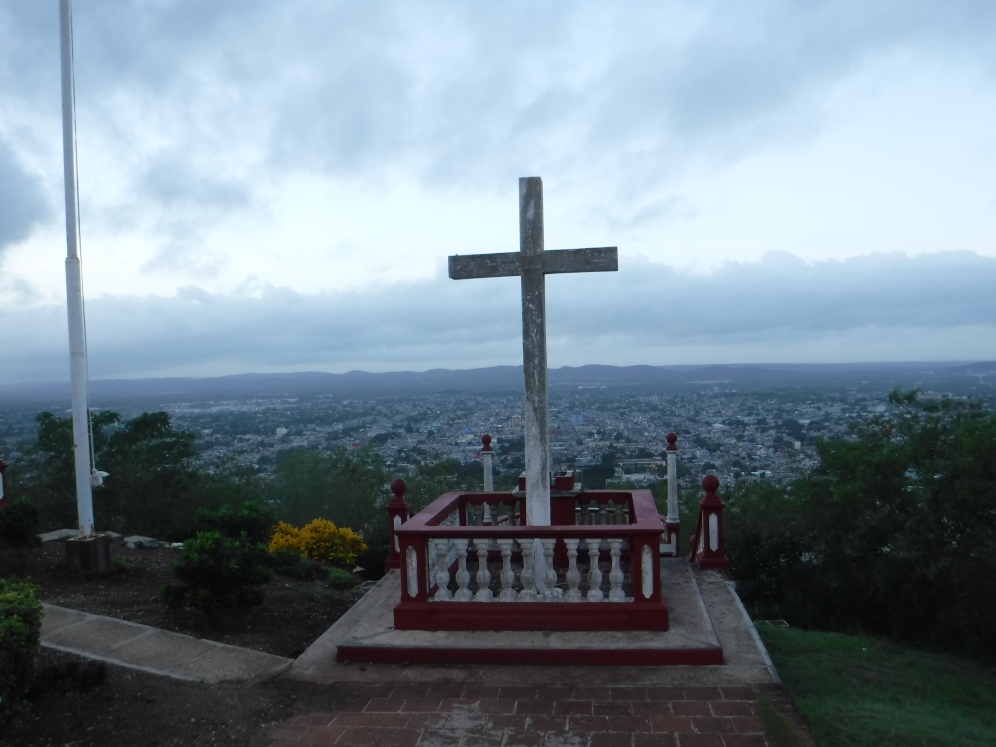 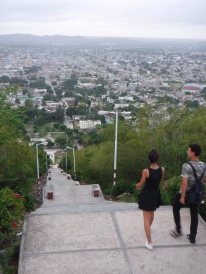 The rest of the story is not as easily told.  Perhaps its too soon to come up enough expressive words.  First, imagine learning you have a half sister on your fathers side and then visiting her; now throw in an uncle on your mothers side; then later an uncle and aunt in their 80’s; then add a bunch of cousins you’ve never seen; then top it off with a visit to a cemetery and final resting place of grandparents on your mothers side you don’t have any memory of ever knowing. Yeah, this visit was something like that! 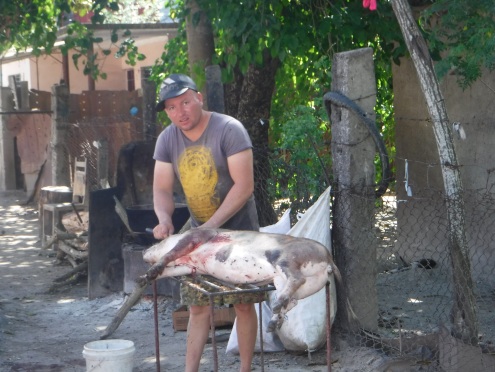 Just some random shots with no rhyme or reason to give you an idea of the experience you too might see.  Random guy offering to sell us fish.  Coca cola sign probably worth hundreds in the USA.  Average park in the town square lit up at night.  Just an average Cuban meal at a restaurant in Holguin.  And last but not least I am sharing with you a photo that to me more accurately describes our visit to the province of Las Tunas.  Guy killing and butchering a hog on the street; blood and guts running down the dusty dirty street.  The town I am told probably still has no cats.  And if you can read between the line then no further explanation is necessary.