Twelve days ago we began our cross country motorcycle ride from Key West to San Diego. We are now in Douglas, Arizona, staying at a respectable historic hotel.

Things are looking up in all manner. The scenery. We left Texas and briefly rode across New Mexico, then when we crossed into Arizona, a smile fell upon my face.

Maybe it was the blue skies, the cowboy like scenery, the golden grassland, or the fact that we are that much closer to home. 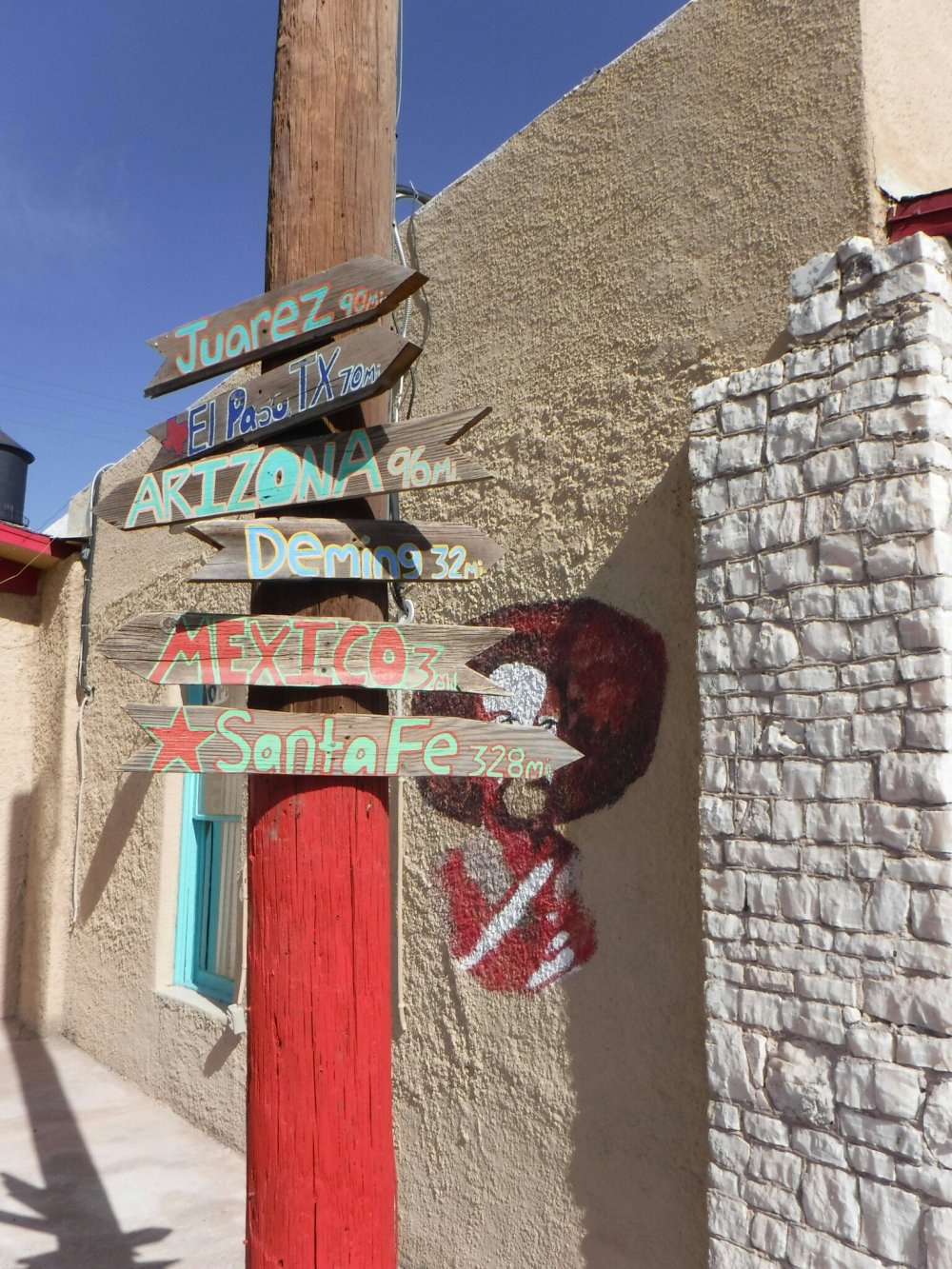 Yes, we are this close to Mexico.. Note the sign above.

If you think riding cross country on a motorcycle is impressive. Don’t. A group of 70 and 80 year olds left our hotel recently on bicycles.

They left San Diego sometime ago and and are traveling to…….wait for it……….to key west!

It will take them something like 3 weeks to cross Texas. Took us 3 days with only one casualty.

Along the way I learned a little history about each area we visited. For example, Douglas, Arizona was first settled by the Spanish in the 18th century.

It was founded as an American smelter town for the prosperous copper mines in Bisbee, AZ, and was incorporated in 1902.

Douglas also had a front row seat to the Mexican uprising that began Nov. 20, 1910.

In April 1911, fighting broke out in Agua Prieta, Sonora, just across the border from Douglas. Madero sympathizers attacked Diaz troops as Douglas residents gathered, despite whizzing bullets, to watch.

The rebels defeated the federal troops, a crushing blow to Diaz, who was deposed and fled the country a few weeks later.

Madero was elected president and had a loyal general in Francisco Villa, aka Pancho Villa.
In the early morning of March 9, 1916, several hundred Mexican guerrillas under the command of Francisco “Pancho” Villa cross the U.S.-Mexican border and attack the small border town of Columbus, New Mexico.

Seventeen Americans were killed in the raid, and the center of town was burned. It was unclear whether Villa personally participated in the attack, but President Woodrow Wilson ordered the U.S. Army into Mexico to capture the rebel leader dead or alive.

“My sole ambition is to rid Mexico of the class that has oppressed her and given the people a chance to know what real liberty means.

And if I could bring that about today by giving up my life, I would do it gladly.”