Though we only stayed at the Puertos Marina for less than three weeks; while waiting out a weather window to La Paz; I fell in love with the marina and surrounding town of San Jose de Cabo.  Life at Puertos Marina in just over a week slowly evolved, in a good way, towards something resembling the TRUMAN show.

Perhaps, as a way of taking it all in, now that the past 800 mile journey is over, my cruising mind felt sharpened and alive.  Daily, I rose at daybreak, and with a cup of Joe in hand, I quickly climbed up to the flybridge, to scan the horizon for the rising of the morning sun.

If you know what it is like to wake up totally rested from a great nights sleep then you’ll also appreciate my new environment.  At times, I also wondered if the two-for-ones margaritas served at the container restaurant, played a role. The Container Restaurant (possibly because the bar and kitchen is inside of a shipping container) but then again, I’m just guessing.

Silently and quickly, the sun rose, in all its daily glory.  Soon the local osprey flys about in search of a quick morning meal.  Were I born a 1,000 years earlier, I too would sacrifice, but not eat you, your brothers, or anyone, just to keep this magical light appearing daily.

The pelicans slowly start to cue in, along with the white herons.  Puertos marina somewhat resembles a man-made fish trap; where fish swim in, but, never get back out.  My fellow cruisers and I started to resemble the fish.

For those still left wondering what the hell is he talking about?  The TRUMAN show is a long ago movie about a normal guy named Truman Burbank.  He grows up literally on TV, seen by millions, as he is the star of the show.  Not too ambitious at first, he finally lands a job as a desk clerk for an insurance company.  People would watch this?  Yes, I saw, we’re talking about America, the land of a television in every room.

Life comes at Truman hard and fast but still very ordinary.  Truman then marries a Ozzy & Harriett bitty type of wife.  His next major accomplishment is the fulfillment of an ordinary cookie cutter type California home.  The ratings then begin to go through the roof.

Like Ethel in I Love Lucy, his friend (I’ll call him Bob) pops in and out from time to time, mostly with a six-pack of plain undescript American (Bush, Bud, Rainier, Miller) beer.

But WAIT, soon he is not so happy with his present life.

Maybe this is about the time he hits the five or six-year marriage mark.  Now, just to make sure anyone reading this understands, this script is all purely a figment of Truman’s dads imagination.

Couples that succeed in a marriage for five years usually don’t have much to worry till maybe when the mid-life crisis hits!

TRUMAN is too young for the mid-life crisis.  Still, he want to see and experience the world.  Why not, he is a real MAN; or as they say in Mexico “muy guapo”.

Unfortunately for Truman, he is not a sailor or did not inherit the sailing gene as I, and my surrounding sailors have done.  At this in his life all Truman wants to do is get away from (the other half) his ever happy, ever tidy, not yet too plump wife and home by a seaside make-believe town.

Truman is the result of an unwanted pregnancy and his father, Kristoff, is nothing but a reckless TV producer whom he has never met.  The guy is a genius though, he serves up (American television style) a way to film ever moment of Trumans life.  Similar to a Mexican novela on steroids.  Once the public starts watching and gets hooked.  Some while eating bon bons, pizza and hot dogs, sitting on a soft comfy couch, they are now hooked. 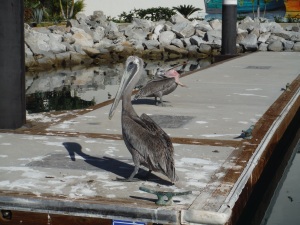 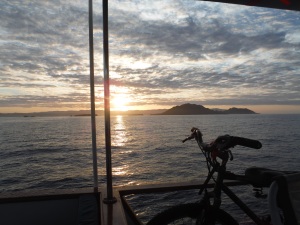